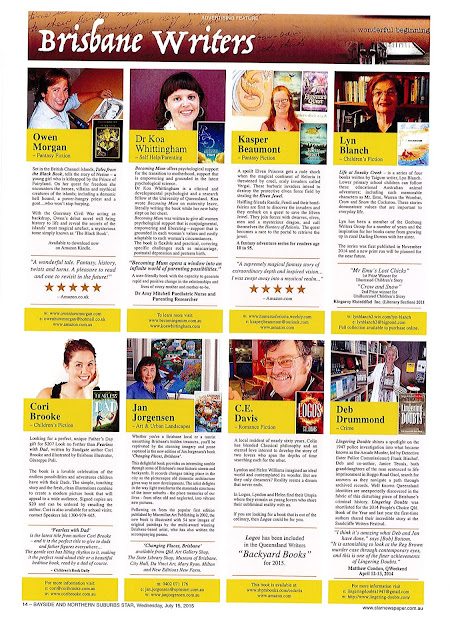 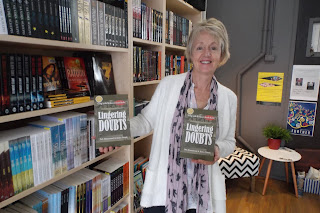 A welcome request from Bel at Wynnum's Little Gnome Bookstore - ''more copies of Lingering Doubts please!''
We're very much looking forward to meeting everyone at the book signing - from 2.00 pm on 16 August, 2015.
Deb and Jan

As many people now know, Lingering Doubts has a strong connection to this gracious and iconic Brisbane landmark. Firstly, we are great-great-granddaughters of William and Margaret Winterford. Secondly, we were kindly given access to private rooms at the Regatta for interview and research purposes during the book writing process. And last, but not least, the Winterford Room swelled when over 200 guests gathered for the launch of Lingering Doubts in March 2014.

Our launch was a celebration on so many levels - the culmination of years of work, respected veteran investigative reporter Bob Bottom travelling from NSW as guest speaker and the presence of Ian (Deb's Dad) and Valerie (Jan's Mum), both Winterford great-grandchildren. Ian and Valerie braced themselves as their father's story once again entered the public arena. It was a miracle that Ian witnessed the book's release as only four months later he suffered a major stroke during surgery. Valerie's health too has declined but, as has been proven throughout their lives, this courageous brother and sister have inherited William Winterford's indomitable spirit.

It's extraordinary that descendants of our grandfather's wife's family are now reading about his questionable 1947 murder conviction. Some had heard rumours but generally older family members would not speak of it. In fact they knew very little. Lingering Doubts has given our grandfather a voice - although this was our sole aim we never dreamed it would reach so many.

A sincere thank you to all our readers.

Thank you to Anne for agreeing to carry Lingering Doubts.

Rosetta Books, a warm and inviting book store, is located on Maple Street, in beautiful Maleny.

Visit Salt Magazine to read their review on Rosetta Books!