Early in the morning on this day, our grandfather's body was discovered. He was 9 days into his life sentence. It was alleged he committed suicide by hanging himself with his belt which  apparently he had attached to the bars of the cell window. On a piece of jail issued toilet paper Reg Brown declared his innocence.

Coincidentally, also on this day the Courier-Mail received a letter from an unknown person confessing to Bronia Armstrong's murder. In line with the speed of the investigation and trial, Detective 'Stewie' Kerr instantly disregarded the handwritten confession letter. 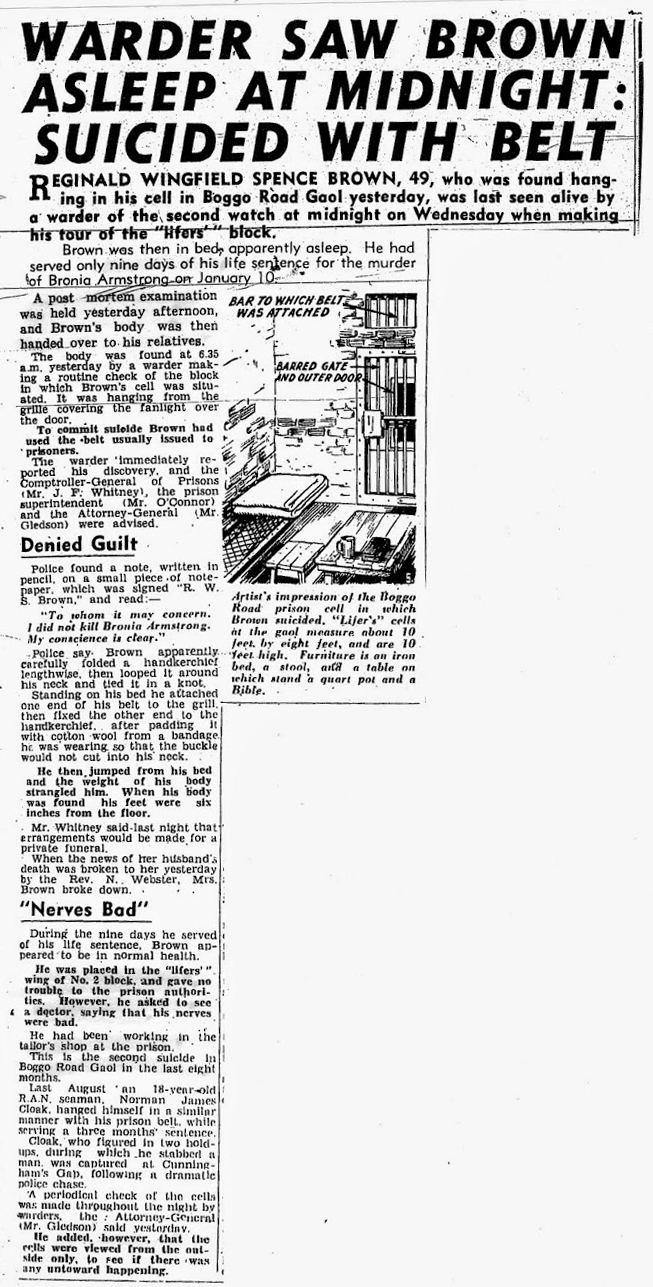