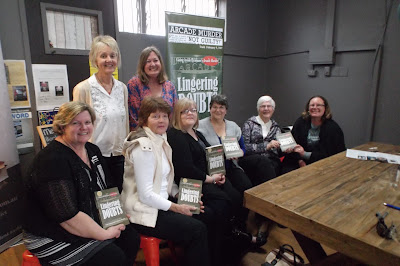 What an interesting group discussion we had at Wynnum's Little Gnome Bookshop recently.  All present were extraordinarily privileged to have Ken Blanch, true crime author and former journalist, stop by with his daughter Kelyn. Ken's personal and disturbing knowledge of Detective Frank Bischof's ethics, in fact his lack of any conscience whatsoever, left us saddened and disgusted but gave us another reason to believe our grandfather was innocent.


What they did in those days was identify a suspect through circumstances and then try to fit the evidence to their suspicions.  This led to false conclusions and to the obfuscation of the real facts.


In the old Queensland police force, advancement was very much as a result of success and those seeking it very often were not concerned with how their achievements came about.


Not only did police actively seek evidence that would damage the suspect, they also actively ignored anything that might be in the suspect's favour.  This sometimes led to vigorous protection of wrongdoers in the interests of the police and/or politicians.


I have demonstrated this in my recent bookette, Marjorie Norval: the girl a railway station swallowed, about the disappearance of Marjorie Norval in 1938, nine years earlier than Reg Brown's case.


Frank Bischof was involved in investigating that case too. He often boasted to me privately, when I was chief crime reporter for the old Brisbane Telegraph and he headed the CIB during the 1950s, of how he resorted to trickery to disadvantage suspects and even obtain questionably incriminating admissions from them  (now known more popularly among police as verballing).


Deb Drummond and Janice Teunis' analysis of likely alternatives for the assumptions police made according to circumstance in their investigation of Bronia Armstrong's death has been thorough and enlightening, and well and truly justifies the title. Congratulations.